This year, our lawmakers faced the opportunity to vote for or against bills that included almost 20 new crimes and harsher penalties for which Mississippians could be charged. Amongst the proposed bills included:

In many cases, these bills were politically inspired by recent events in the news—they had no relation to policy research or the experiences of everyday Mississippians.

Luckily, all but two of these bills failed (scroll below for more details).

New crimes and harsher penalties are proposed every year, wasting lawmakers’ time and taxpayer dollars without any contribution to public safety.

The Mississippi Legislature has made some strides with bipartisan support to improve the state’s criminal justice system. For example, lawmakers have taken action to advance parole reform over the past several years, making new categories of offenses eligible for parole. Additionally, the creation of the Criminal Justice Oversight Task Force addresses improving public safety and ensuring efficient spending of taxpayer dollars. Yet, new crimes and harsher penalties pull us ten steps back with every hard-fought step forward.

Studies on the effects of harsher punishments through habitual offender laws, for example, show no evidence that raising the stakes of unlawful conduct has any impact on crime reduction. In fact, longer sentences correlate with higher rates of recidivism—the opposite outcome of what legislators concerned with mass incarceration want to achieve. The creation of more crimes and harsher punishments also carries enormous financial burdens for the American taxpayer. One estimate finds the U.S. spends $1 trillion per year to implement these laws, and that’s before the nearly $20,000 per year it costs to incarcerate a single individual in Mississippi.

Mississippi needs data-driven policies that are smart on crime. The vast majority of people who go to prison have a mental illness, substance use disorder, or traumatic brain injury—we need laws that connect Mississippians with the mental health care necessary to keep our communities safe. We need public money to serve the public good. And while we work in coalition to make these necessary reforms a reality, we ask only that lawmakers not make things worse.

Next legislative session, we hope to see no new crimes and no harsher penalties.

This bill would create “The Combatting Violence, Disorder and Looting and Law Enforcement Protection Act of Mississippi.”

This bill would revise sentencing options for the crime of voyeurism, decreasing the age of conviction from 21 to 18 years old.

This bill would make abortion a felony offense.

This amends the existing law in several ways. Current law does not criminalize these acts if the same was done by a physician in order to preserve the mother’s life and/or if the pregnancy was caused by rape. The prison sentence is the same in current law; however, current law does not include a fine.

This offense is currently a misdemeanor whose punishment is a fine between $25 and $200 and up to three months imprisonment in the county jail.

Existing law makes an exception for lawful abortions. Further, the offense under existing law is a misdemeanor punishable by a $1,000 fine and/or up to six months in county jail.

Existing law punishes this crime with a fine up to $25,000 and/or up to two years of imprisonment. Existing law also makes exceptions for partial-birth abortions that are necessary to save the life of a mother.

Existing law says this behavior is unlawful if done by a non-physician. Further, existing law does not cite a specific punishment to correspond with the unlawful conduct.

This is an act relating to the seizure and forfeiture of property in certain criminal actions.

This bill creates the crie of indecent assault

This bill allows first-degree murder to apply when the unlawful distribution of certain substances is the proximate cause of someone’s death. 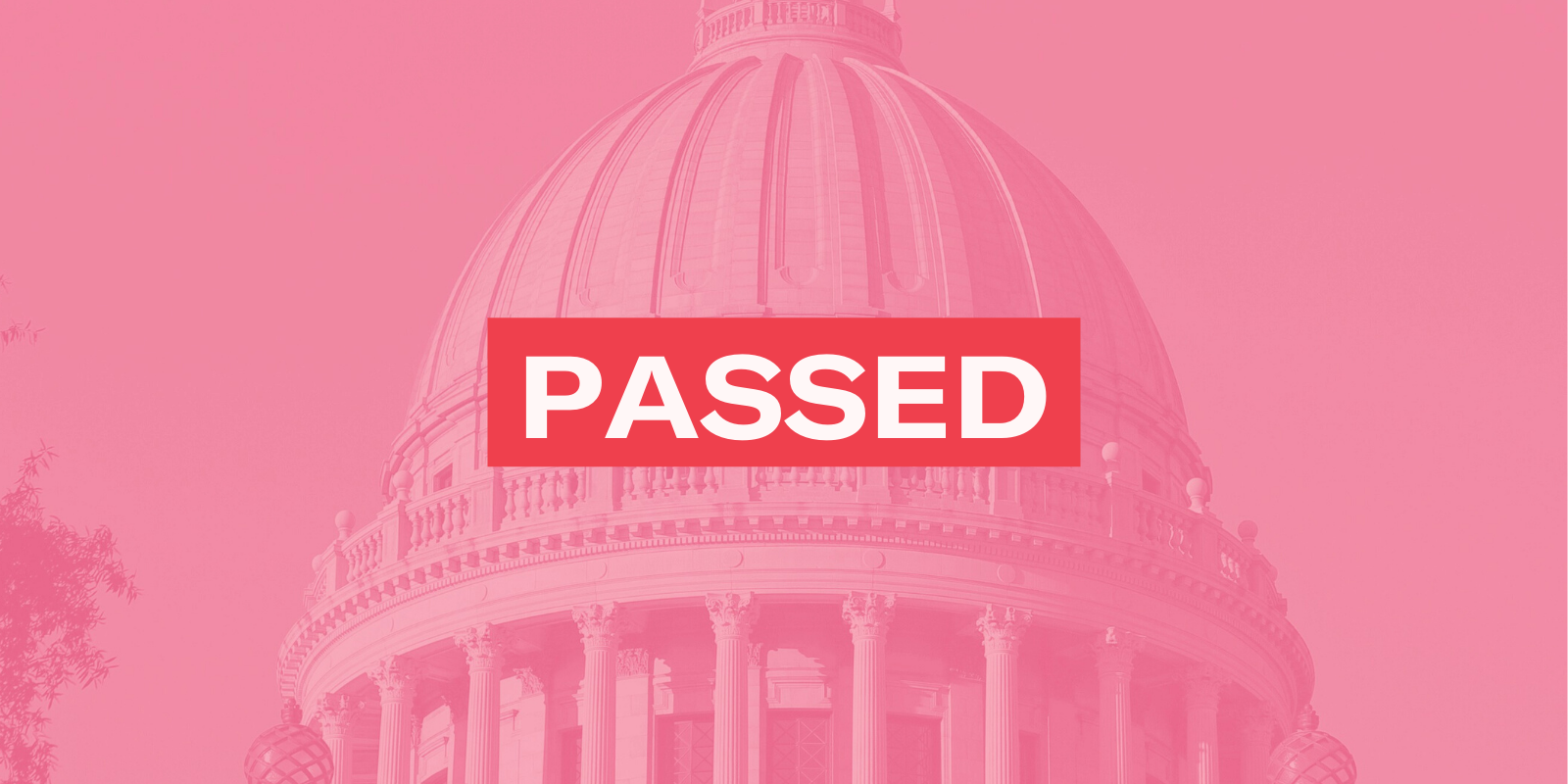 This bill creates “The Combatting Violence, Disorder and Looting and Law Enforcement Protection Act of Mississippi.”

See House Bill 24 above for the same language.

This bill increases penalties for the crime of fleeing from law enforcement in a motor vehicle from 5 to 10 years.

This bill makes false allegations that a felony or misdemeanor was committed because of the actual or perceived race, color, ancestry, ethnicity, religion, national origin or gender of any person unlawful.

This bill prohibits abortion-inducing drugs without the informed consent of the pregnant person.

This bill increases the penalties for a person convicted of willfully obstructing a sidewalk or highway.

The punishment for this offense under current law is up to $500 in fines and/or up to six month imprisonment in the county jail.

This bill says that no government official shall solicit or accept anything of value for purposes of conducting elections in Mississippi.

Note: Current shoplifting law punishes the second offense as a misdemeanor with the same fine but a term of imprisonment up to only six months

This bill creates the offense of chemical endangerment of a child/fetus.

Up to twenty (20) years if the exposure to, ingestion of, inhalation of or contact with a controlled substance or precursor drug or chemical substance results in the death of the child or fetus.

This bill revises the sentencing options for voyeurism.

The current law applies to persons who were over the age of 18, rather than 21, at the time of the offense.

This bill revises the crim and penalty for rape.

How Lexington Can Improve the City's Discriminatory Policing...