The Darkest Hour Is Just Before the Dawn 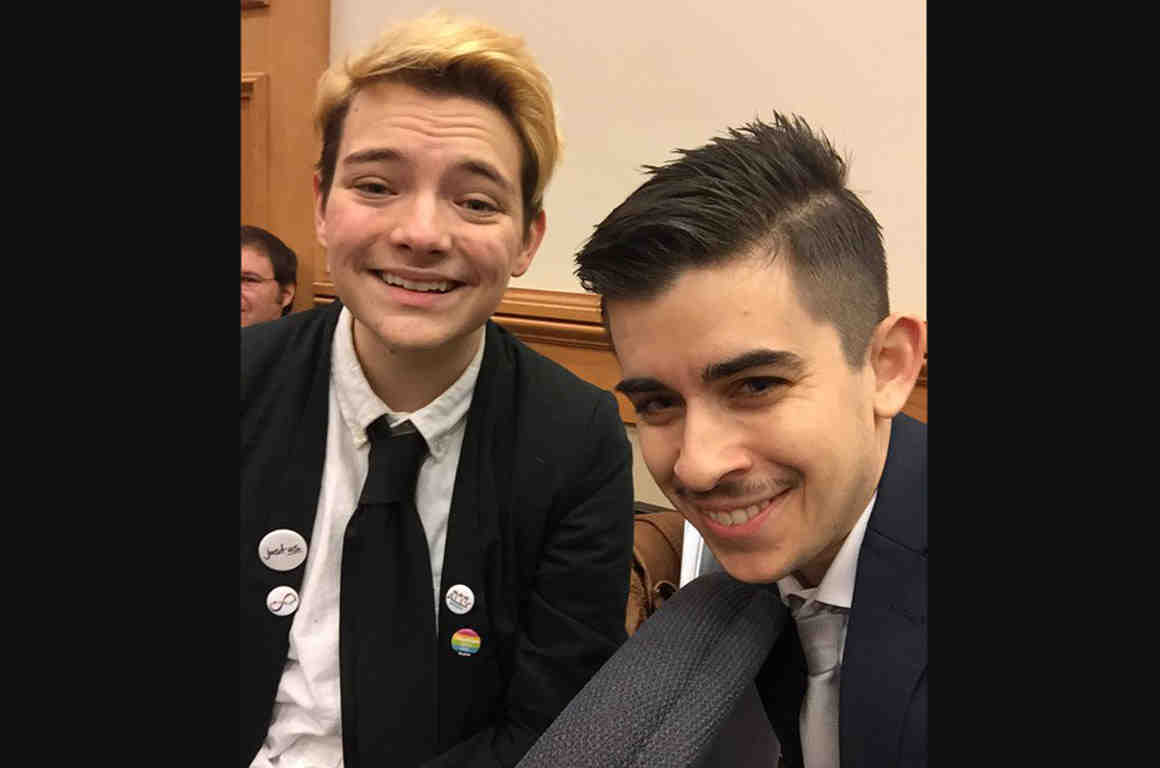 “What if it was your daughter who was the target of this bill?”

For a moment a few weeks ago, it seemed like lawmakers in Tennessee had really heard the brave testimony of a transgender young person and her parents.

A mother’s simple ask to legislators about what they would do if it was their child who was transgender hit a nerve, and the anti-transgender bill was sent to a summer study session, seemingly killing it for this year. But that was two weeks ago — a lifetime ago, it seems, in light of all that has happened since — and that bill is back.

But that’s nowhere near the worst of it. Apparently in a bid to outdo each other, lawmakers in North Carolina and Mississippi have passed and signed sweeping anti-LGBT legislation into law over the last two weeks.

North Carolina’s HB 2 was rushed through a special legislative session on March 23 and signed the same day by Gov. Pat McCrory. The bill,which we have since challenged in court, not only repeals local ordinances extending protections to LGBT individuals and prohibits the passage of any such ordinances in the future. It does something far worse: It mandates discrimination against transgender people by government agencies and schools.

Not to be outdone, yesterday, Mississippi Gov. Phil Bryant signed into law HB 1523, another sweeping piece of legislation, which authorizes discrimination based on sincerely held religious beliefs that:

The bill will further entrench discrimination against LGBT people, unmarried people who have sex, and anyone else who doesn’t conform to expectations about gender and gender roles. It will (or aims to), among other things:

In both Mississippi and North Carolina, the most vulnerable in the community will be targeted — homeless people, foster youth, kids. Lawmakers claim the laws are necessary to respect people’s religious beliefs or privacy, yet so many will suffer as a result of these unprecedented new measures.

In fact, so many are already suffering.

As Mississippi lawmakers sent HB1523 to the governor on Monday, James Dixon plead guilty to manslaughter in the death of Black trans woman Islan Nettles in New York City. He killed her in August of 2013 on the street in Harlem after he realized that she was transgender. When police questioned him about Islan’s death, he explained that he had recently been “fooled by a transgender” and was “blinded” with rage at the idea that he could be fooled again. So he killed her because he didn’t believe in her humanity or womanhood.

Like the more than 22 transgender women — almost all of them women of color — who were murdered last year, Islan died in a world that treated her in life as less than human.

The same beliefs that motivated James Dixon to kill Islan on that street in Harlem — the belief that transgender women are not women and that transgender people are less than human — animate the anti-trans legislation that is now codified into law in Mississippi and North Carolina, and which is at risk of becoming law in Tennessee and elsewhere.

We must sit with that harsh and disturbing reality and react with urgency as these bills continue to make their way through state legislatures.

Today lawmakers in Tennessee will again consider HB 2414/SB 2387, a measure targeting transgender students. Proponents of the bill are claiming this bill marks a critical fight in the “New Civil War” over “the truth about human sexuality, or perhaps more fundamentally, what it means to be human.” Meanwhile, brave, young transgender people and their families will again stand up to lawmakers and ask that the bullying, harassment, and fixation on bathrooms stop.

In states across the country, transgender young people have had to listen to their government speak about them as “twisted” and try to cast them out of public space. Despite all the vitriol, the trans community continues to show up and lead the fight to stop these bills. But we’re not alone in this fight. Powerful businesses and religious leaders are speaking up, telling lawmakers that discrimination is unacceptable. Some have even halted investments, in addition to condemning these inhumane laws.

We may not yet stop them all, but we are telling our stories. And in the end, we will win this fight.