The ACLU-MS's Legal Department represents individuals whose rights have been denied. Most of our clients are ordinary people who have suffered a violation of their rights and have decided to fight for justice.

Please read this information carefully to find out the kinds of cases we accept, and how to have the ACLU of Mississippi consider your case. If you believe your case may be the kind of case we accept, feel free to use our online form to file your complaint. If we need more information, we will call you. We will let you know as soon as possible as to whether or not we can accept your case, although there may be some delay because of limited resources.

What Are Civil Liberties?

"Civil Liberties" is a catch-all term for the protections guaranteed by the U.S. Constitution and Bill of Rights. The civil liberties we seek to protect include:

Freedom Of Speech And The Press

The 1st Amendment to the U.S. Constitution guarantees freedoms of speech, press, and association, subject to a number of complex exceptions such as libel and endangering public welfare. Some examples of free expression violations include a student is suspended for writing a newspaper article critical of the principal, a police officer is disciplined for speaking out against police brutality, and a group is charged for police protection when it applies for a demonstration permit.

Freedom Of Religion And Of Conscience

This involves both the riht of individuals to religious beliefs and the separation of church and state. Though the ACLU of Mississippi is probably best known for opposing involuntary public school sponsored prayer, our organization supports religious freedom in all forms. The 1st Amendment to the U.S. Constitution guarantees free exercise of religion and that government will not "establish" religion, which has been interpreted to mean that government may not actually or give the appearance of endorsing a particular religion or religion in general.

"Free Exercise" means that individuals have the right to practice their religion and that government may not substantially burden one's freedom to practice one's religion without a compelling reason. "Establishment" means that government may not coerce individuals into participating in or witnessing religious practices and that the state may not endorse one religion or religion in general.

The right to privacy is not explicitly mentioned in the U.S. Constitution, but has been inferred from the 1st Amendment rights of freedom of speech and association, the 4th Amendment prohibition against unreasonable searches and the 5th Amendment right not to incriminate oneself. The right of reproductive choice, for example, is grounded upon the right of privacy. Privacy also includes individual rights concerning personal information about oneself.

The right to due process is found in the 14th Amendment to the U.S. Constitution. The essential elements of due process are notice and the opportunity to be heard. An example of a due process violation would be if a community group were denied a permit by the police and the town provided no process by which to appeal the police department's decision.

What Does It Cost?

How Does The ACLU of Mississippi Choose Cases?

The ACLU of Mississippi generally selects cases that affect the civil liberties of large numbers of people, rather than those involving a dispute between two parties. The basic questions we ask when reviewing a potential case are: 1) Is this a significant civil liberties issue?; 2) What effect will this case have on people in addition to our client?; 3) Do we have the resources to take this case?

What Cases Affect Others?

Lawsuits can affect a large number of people in two ways. First, we sometimes challenge a policy or practice which directly impacts upon many people. Second, a lawsuit brought on behalf of one person can have a larger impact on others in the long run when it establishes or expands legal protections.

Types of Cases The ACLU of Mississippi Generally Does Not Accept

There are many cases and problems of unfairness that the ACLU of Mississippi is simply unable to handle. We receive hundreds of requests for assistance a year. Therefore, we cannot accept many of the cases that fall within the guidelines discussed above. We must select those cases which we believe will have the greatest impact on protecting civil liberties.

Can The ACLU of Mississippi Advise Me About My Case?

The ACLU of Mississippi is unable to give you advice about your case, or provide other types of assistance (for example, reviewing your papers or conducting legal research to assist you) if we do not accept your case. This policy allows us to direct the necessary resources to those cases that we do accept. 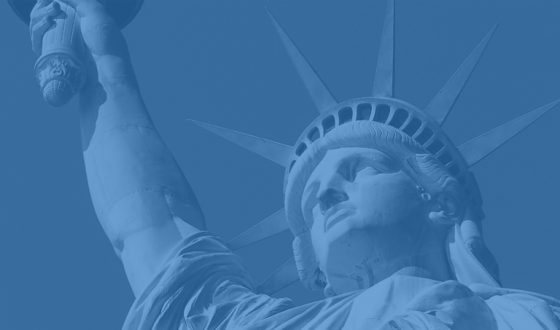