"The proposed maps vastly underrepresent Mississippi's Black population and, we fear, are drawn to dilute Black voting strength. Less than 24 hours after lawmakers made the proposed maps public, the proposals are already on the legislative calendars and could be up for a vote at any time.

This is not how a democracy should work. The public is entitled to more than a day or two to review 174 new districts that will determine who represents them over the next ten years. Mississippians are entitled to a transparent redistricting process that produces fair and equitable maps. 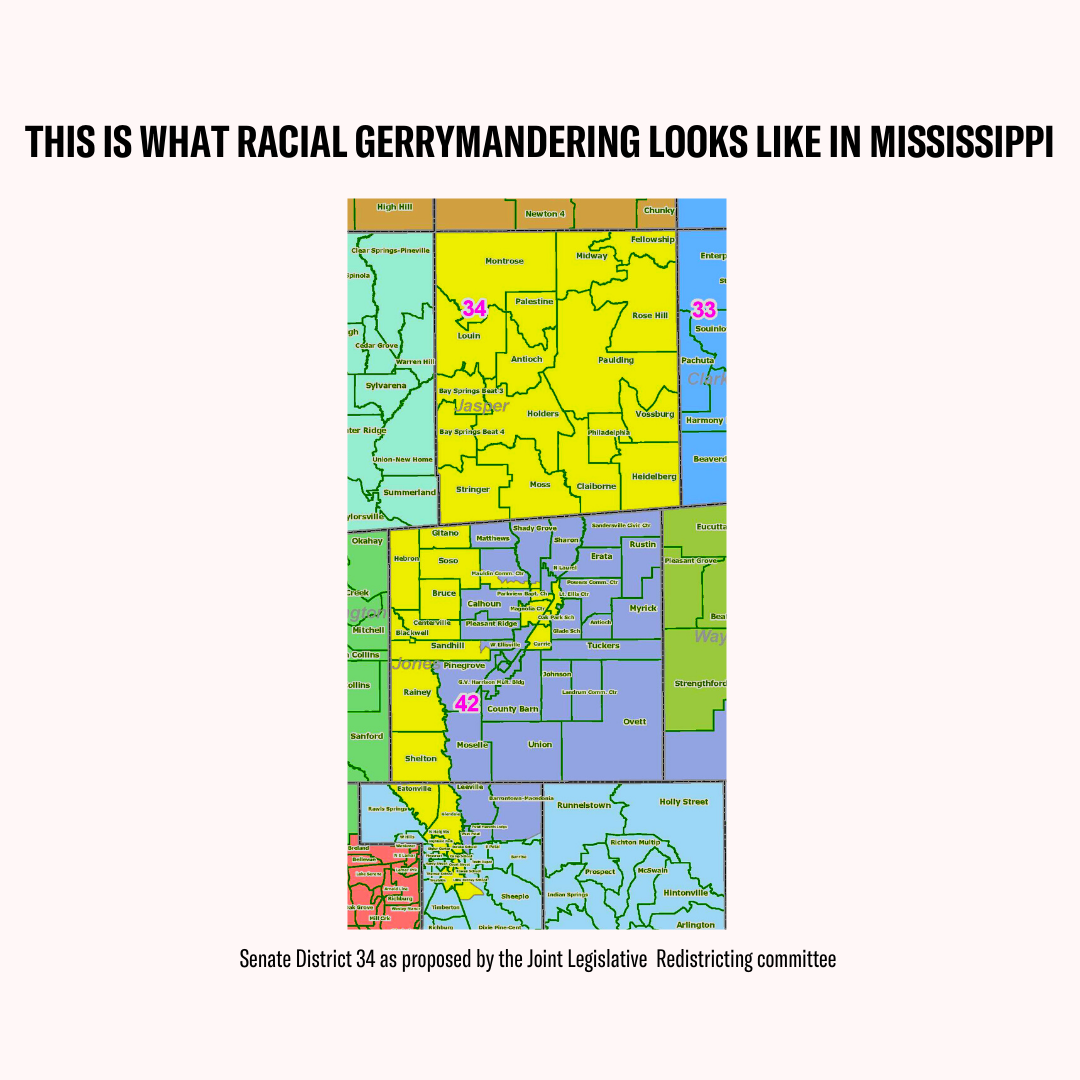 With the release of the 2020 Census, it is clear that the existing legislative districts prevent Black Mississippians from having appropriate representation in the Mississippi House and Senate. Instead of responding to the population shift between 2010 and 2020, the Committee released maps that further limit the ability of Black voters to send legislators of their choice to the Capitol.

In fact, based on recent Census numbers, map drawers should have created 7 to 8 new majority-minority districts in the Senate. Meaning minority voters would have an opportunity to elect candidates that best represent their interests in 22 of the state's 52 districts. Under the proposed maps, the number of majority-minority districts remains at 14. Furthermore, the new Census numbers show that the minority share of Mississippi's total population increased to 44%.​

Instead of releasing fair maps, the Committee went out of its way to pack Black voters into a select number of majority-minority districts. For instance, Senate map drawers used racial gerrymandering to surgically and cynically pull Black voters out of Hattiesburg and Laurel to place them in a district based in Jasper County.

As a result, most Black voters, who make up majorities in those towns, cannot vote for the state Senators that truly represent those communities.

Similar gerrymandered districts are present in the Golden Triangle, Meridian, Southwest Mississippi, and Vicksburg. These districts are evidence of how the Committee was able to draw only 14 majority-minority Senate districts in a state whose population is, according to the 2020 Census, 44% percent minority.​ 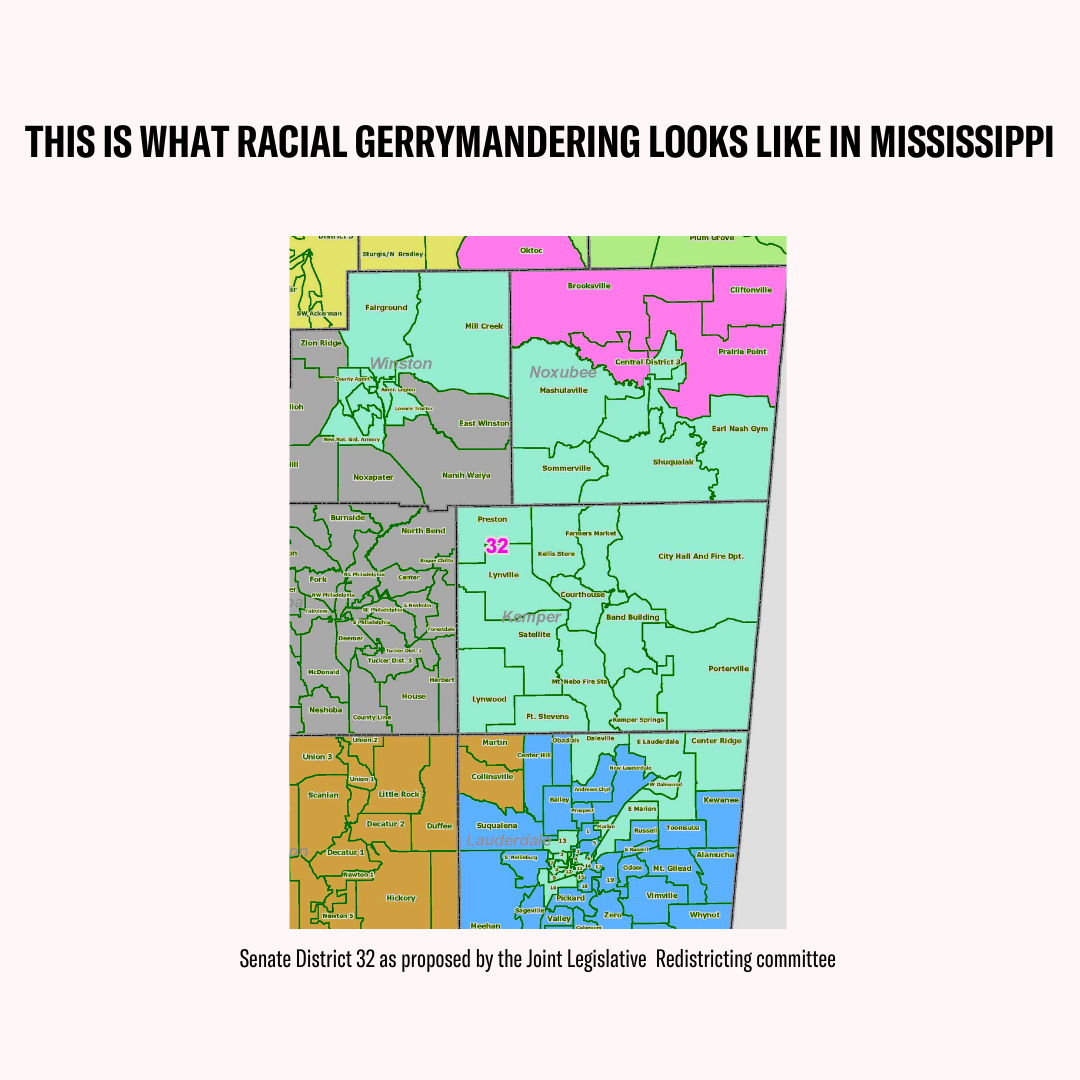 The numbers in the House are just as concerning. House Republican leaders have minimized Black voting power by maximizing the number of districts with 55% or more White voters. This pattern is exactly what occurred as a result of the 2010 redistricting cycle. The median House district is 65.3% White; 9 points Whiter than the state's population. The proposed maps continue this process and may have increased the number of overwhelmingly White House districts.

The current maps favor white voters and harm communities of color. Our democracy can only work when all voices are heard, and votes count equally.

Fair districts yield elections results based on the ideas and convictions of candidates. Gerrymandered districts give power to incumbents, allowing them to choose their voters and treat elections as an afterthought.

The full House and Senate should reject these heavily gerrymandered maps and direct the Joint Legislative Redistricting Committee to embrace an open process that results in fair and equal representation for all Mississippians."