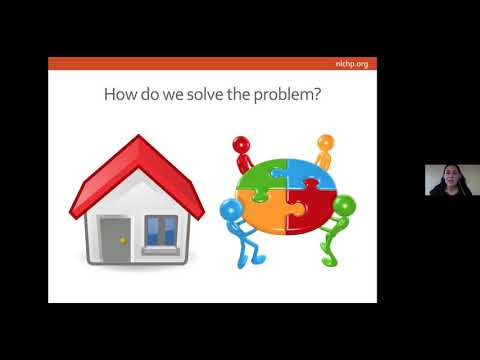 JACKSON, Miss. – The ACLU of Mississippi is working with local law enforcement and officials to address homelessness in Jackson and Hinds County. The organization held training in conjunction with experts from across the country to present models and best practices for solving the issue.

The training, held on January 21, 2020, was attended by representatives of the Jackson Police Department, Hinds County Sheriff’s Office, City of Jackson, Hinds County Board of Supervisors, and the Attorney General’s Office.

“Today, across the country, one in three people experiencing homelessness is not in a shelter. They are living on a street, in a park, under a bridge, in a car, or a place not meant for human habitation,” Bauman said.

There are over 600 unhoused people currently living in Jackson, Mississippi. As of January 2019, Mississippi had an estimated 1,184 people experiencing homelessness on any given day. These numbers have likely increased during the COVID-19 pandemic. The ACLU of MS is aimed at ensuring the constitutional rights of people living in homelessness are not infringed upon. Those rights include the right to ask the public for money without being harassed or arrested.

“Research shows that enforcing laws targeted at unhoused individuals through citation, arrest or any other means are ineffective. And these laws can be panhandling laws, anti-sleeping, anti-sitting. These approaches cost cities money. They perpetuate poverty, and provide only a temporary relief instead of a sustainable remedy,” Thames said.

Officer Daniel McDonald offered suggestions for creating a Homeless Outreach Team within the police and sheriff’s departments, which would save tax dollars, decrease police calls for service, reduce arrests of homeless individuals and enhance community relationships.

The City of Jackson is in a unique position to be a leading example in ending homelessness within its jurisdiction. But the first step is to end the criminalization of homeless individuals.