The ACLU of Mississippi has partnered with the Mississippi Center for Justice, Sunflower County Consolidated School District, and its P-16 Council on an initiative to change the narrative for young men and boys of color (YMBOC), named Sunflower County Systems Change Project.

After traveling to Oakland, California to view the success of the African American Male Achievement Program (AAMA) in Oakland Unified School District, Assistant Superintendent of Sunflower County Schools Miskia Davis gives a glance at how the experience inspired her. The AAMA symposium provided educators, district leadership teams, and community members from across the country with insight into their Manhood Development Class, cultural curriculum, and unique engagement of African American male students.

Here’s what she had to say…

Going to Oakland was life altering. First of all, it was my first time going to Oakland, home of Too Short, so that in itself was amazing. Also, I was going to have the opportunity to see young black men being empowered and told of their greatness, as opposed of their failures.

I was expecting to see a group of young men going through the normal routine of being told to pull their pants up, being taught how to give a firm hand shake, tie a tie, you know; the regular jargon that is spewed to young men of African descent when they are being ‘trained’ on how to become productive citizens. However, what I witnessed at the AAMA project far exceeded those expectations. The focus was not on modifying the external appearances of the young men, but more so on cultivating and encouraging the spirits of these young brothers. The mentors, teachers, leaders of these young men……. Oh my God! They were so spiritually in tune with their inner man, that when they spoke, the authenticity and genuineness of their words was compelling. Never before have I seen young black men, be so passionate about growing other young black men, and with a gentleness that even the most broken young brother can receive. However, in that gentleness, there was a level of respect for the men that were leading this crusade, because they were not strangers to the struggles that their students were facing.

In summary, I left Oakland with a feeling of hope. Hope in knowing that if we can save those young black KINGS in Oakland, who have witnessed loss that our young black boys in Mississippi can’t even fathom, then the opportunities for our young men are limitless. I left encouraged, because I traveled with a group of people from the school District and the Mississippi Center for Justice who share the same passion and desire for the perceptions of our young black men to be changed, and reverse the disparities among them and the beliefs that they are innately designed to fail. I left energized to come back and make a difference. I left ready to do more than just talk about the problem, but ready to embark upon a journey to create a solution. 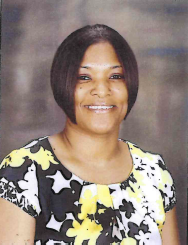