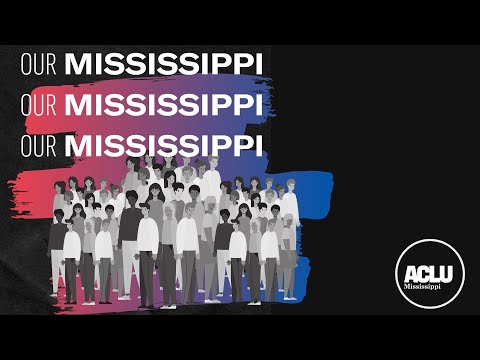 ACLU Mississippi is committed to protecting the voting rights of all Mississippians, especially Black communities who have historically been denied full access to the right to vote free of suppression.

The ability to vote without unnecessary obstacles and suppression is not simply about the ability to cast a vote, it is about the ability of every Mississippian to fully participate in the political process and exercise the inherent rights bestowed upon each citizen of this state - the right to adequate housing, healthcare, education, economic pursuits, and freedom from discrimination.

Mississippi has come a long way since 1961 when less than 7 percent of Blacks in Mississippi were registered to vote and when the power elites knew that in order to maintain white supremacy they necessarily had to prevent Blacks from voting. The means to these desired suppressive ends were irrelevant literacy tests, poll taxes, white-only primaries, arrests, economic retaliation, violence and murder.

Additionally, in response to COVID-19, the Mississippi Secretary of State’s Office, as authorized by House Bills 1521 and 824, developed administrative rules that slightly, but temporarily, relaxed the absentee voting process. Even with these minimal changes, the outcome revealed that when it is easier to vote, more Mississippians participate.  The interest in voting is clearly present as proven by lengthy lines on Election Day and the fact that Mississippians requested more than twice as many absentee ballots than in 2016.

To that end, ACLU Mississippi will join dozens of advocacy groups demanding common sense election reforms to expand access to voting by removing barriers to participation. ACLU of Mississippi will advocate for and support legislation to:

In addition to advocating to expand access to voting, ACLU Mississippi will vigorously work to preserve existing rights by opposing any legislation aimed at diluting and further disenfranchising voting rights of Mississippians.

To that end, as Mississippi approaches its first redistricting effort since losing the preclearance protections under the Voting Rights Act, ACLU Mississippi is committed to ensuring that Black and minority voting power is not diluted in the process. Redistricting should serve to preserve the right of Mississippi voters to choose who represents them, rather than politicians and political parties choosing their voters. ACLU Mississippi and partner organizations will launch a Fair Maps Campaign. The objective of the Fair Maps Campaign is to present racially and geographically balanced legislative and judicial maps for consideration by lawmakers. The Fair Maps Campaign will include legislative advocacy and community education.