Sen. Hyde-Smith’s Public Hanging Quip Is an Affront to Black Americans Who Were Lynched

When Mississippi Sen. Cindy Hyde-Smith, who is in a run-off election with Democrat Mike Espy for the state's U.S. Senate seat, attempted to show her loyalty to one of her supporters during a recent campaign stop, she quipped: “If he invited me to a public hanging, I’d be on the front row.” 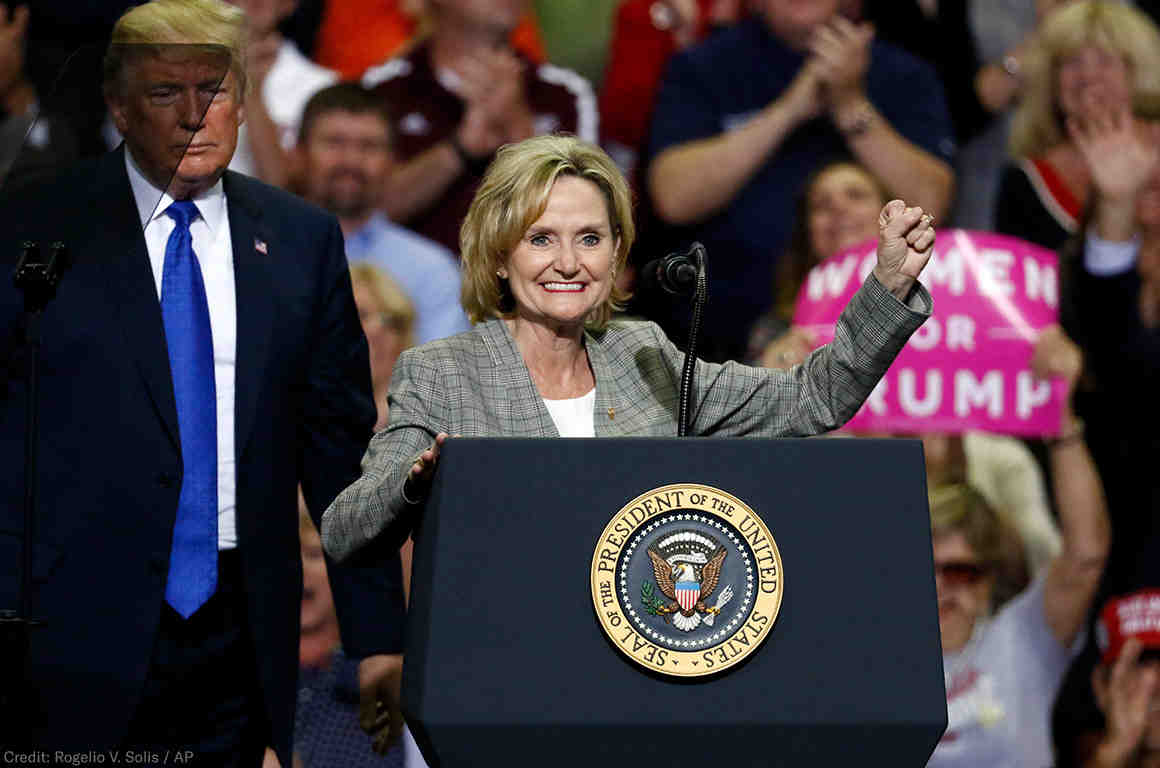 The comment would be wildly inappropriate anywhere, but in Mississippi, which has the distinction of being the state that lynched more African-Americans than any other, it is particularly repugnant.

Rather than apologizing for the offensive remark, Hyde-Smith issued a statement the following day saying: “In a comment on Nov. 2, I referred to accepting an invitation to a speaking engagement. In referencing the one who invited me, I used an exaggerated expression of regard, and any attempt to turn this into a negative connotation is ridiculous.”

Reducing the history of lynching designed to inflict terror on Black communities to a joke, or “an exaggerated expression of regard,” serves as a reminder of the continuing failure to address and acknowledge the country’s past and the continuing need to face the many ways in which Black people remain subject to racially based violence.

Recently, a group of current and former staff members of the ACLU’s Racial Justice Program traveled to Montgomery, Alabama, on a kind of pilgrimage to visit the Equal Justice Initiative’s National Memorial for Peace and Justice and it’s Legacy Museum, which traces the path from enslavement to mass incarceration. Although each of us is well-versed in the nation’s shameful history of racial discrimination and violence and has worked to combat the persistent vestiges of that history, there is little that could have prepared us for the emotional impact of the two EJI sites.

The memorial is the first attempt to document and force a reckoning for the thousands of lynchings of Black men, women, and children that occurred throughout the 18th and 19th centuries. EJI’s documentation of the lynching of 4,084 people in 12 southern states between 1877 and 1950 represent only a part of the total number of people murdered in order to terrorize communities of color and maintain white supremacy.

The memorial features over 800 monuments, each engraved with the dates and names, where available, of victims of lynch mobs. Each monument represents a county in which lynchings occurred. The sheer number of incidents is overwhelming, as is the fact that many of the individual monuments document days when multiple lynchings, sometimes numbering in the dozens, happened.

The plight of the incomprehensively huge number of people brutalized and murdered is individualized by plaques describing the circumstances of the violence: Jesse Thornton, lynched in Luverne, Alabama, for referring to a white police officer by his name without the title of “mister”; Private Charles Lewis, lynched in Hickman, Kentucky, after he refused to empty his pockets while wearing his Army uniform. There is one horrifying example of brutality after another.

Most disturbing were the photographs of lynchings, attended by crowds of white men, women, and children, sometimes numbering in the tens of thousands. Those photographs, some later offered as souvenir postcards, show a festive atmosphere that might have been mistaken for a community clambake were it not for the mutilated body of a Black person hanging in the midst of the crowd. The horror of the scenes depicted was only intensified by the virtual certainty that no one was ever punished for the sadistic torture of Black people.

But as Sen. Hyde-Smith’s quip, and subsequent failure to apologize, made clear, the history displayed could not be dismissed as a relic of a distant, irrelevant past. Instead, the shameful history of wide-scale participation in public lynchings, usually by hanging, provides a context for why Mississippi Sen. Hyde-Smith’s casual and massively insensitive quip is so horrifying.

Her comment is emblematic of the time in which we find ourselves, a time in which incidents of racism, hatred, and division seem like daily occurrences. Still, although we might be tempted to let the normalization of bias and violence lead to despair, the experience of attending the Equal Justice Initiative, with all of the horrors it displayed, ended up having an inspirational and energizing effect.

The stories of inhumanity and violence and white supremacy that the memorial and museum tell is only one part of the story. The other parts of the story are the accounts of those in the past and present who have stood in steadfast resistance to the violence and hatred and have fought for justice. We are reminded how much we are indebted to our predecessors who fought back against what seems to be incomprehensible hardships. And we know that we can only discharge that debt by continuing their struggle for those who will follow us.

Part of that struggle involves refusing to tolerate the normalization of violence implied by the Mississippi senator’s words and, instead, absorbing the memorial’s lesson that we bear witness to the injustices of the past and the present. Leaving the memorial, we were left with the promise written on its wall to remember “the hanged and beaten, for the shot, drowned, and burned, for the tortured, tormented and terrorized, for those abandoned by the rule of law.” But the inscription wasn't just a promise to remember. Instead, it finishes with the mandate to act “with hope because hopelessness is the enemy of justice, with courage because peace requires bravery, with persistence because justice is a constant struggle, with faith because we shall overcome.”

People like Sen. Hyde-Smith should visit the memorial and take these words to heart.