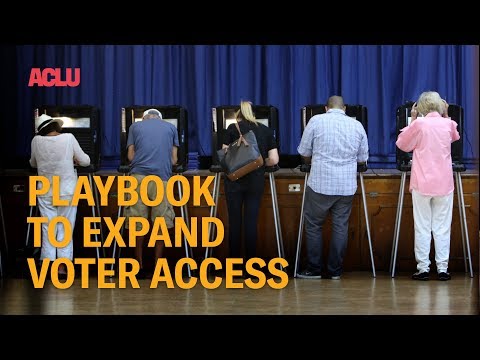 While Donald Trump and Kris Kobach look for ways to disenfranchise Americans, People Power is launching the Let People Vote campaign to uphold, protect, and expand the right to vote.

We have witnessed the impact of People Power activists in the ACLU’s ongoing Freedom Cities campaign, where volunteers have advocated that their communities adopt nine “model” rulesto ensure that local police aren’t used to target and discriminate against immigrant communities.

The Let People Vote campaign is a People Power initiative focused on election reforms to expand access to the ballot. People Power is a special project of the ACLU, through which volunteer activists fuel action to defend our basic freedoms and hold leaders accountable.

In Mississippi, we need your help to convince the state legislature to authorize two weeks of early, no excuse voting and online voter registration. These measures will help broaden access and strengthen democracy in Mississippi.

Your voice is one of the most powerful tools in our toolbox. Let’s mobilize to #LetPeopleVote!

Op-Ed: Cindy Hyde-Smith is telling you exactly who she is

BLOG: Criminal Justice Reform Is on the Midterm Ballot